The Enneagram: Learn Your Number (pt. 2) 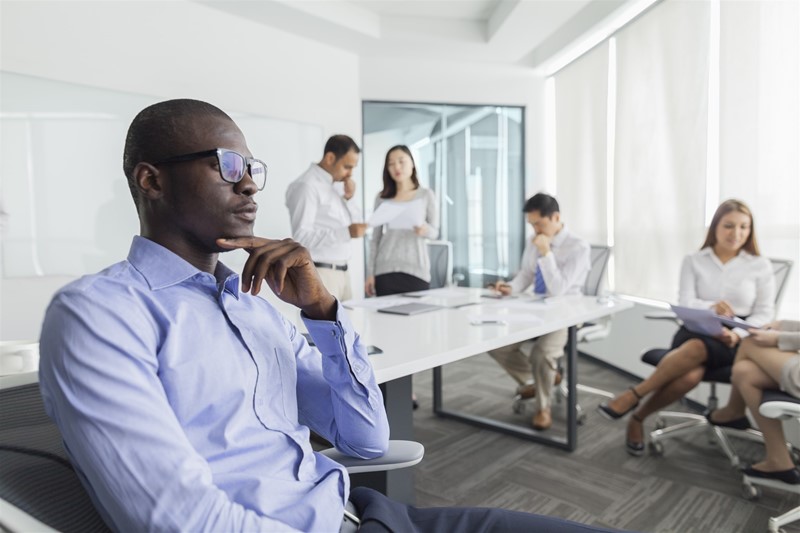 The Withdrawing Social Style: Are you a 4, 5, or 9 on the Enneagram?

If you have been told that you are sometimes quiet, that it's hard to tell what you are thinking or feeling, or that you stay on the periphery until someone else includes you, then perhaps you are one of these three numbers.

This grouping of types is known as the withdrawing social stance. They are the ones that "move away" from the world. These numbers often accept the world without exerting their own will and force onto it.

This group of numbers is also known for choosing not to take action. Or in some cases, taking action but not the best course of action. This is sometimes referred to as "doing repressed." According to the Enneagram, we are all beings that think, feel and act, but we all do one of these things first, and one of these things last.

These withdrawing numbers act last, or, in the case of Type 9, they take all the "other" actions they can before doing the ones that are really needed at the time. They have trouble prioritizing.

Finally, these numbers are known for allowing the past to inform them more than the present or the future. As a result, they often dwell on the past more than the other types.

Each number on the Enneagram is described below in healthy space, average space, and unhealthy space.

We move into these spaces back and forth, freely, as if on a spectrum. Of course, some may spend more time in unhealthy or healthy spaces than others, but regardless, the path to transformation begins by being aware of these things.

Those who are a Type 4 on the Enneagram need to be unique. They feel intense emotions. Due to this, when they were younger, they often sensed that their feelings were "too much" for others.

They also perceived themselves to be very different than their caregivers. This led to a feeling of isolation. They found safety in a fantasy world in their heads where they romanticized their lives, often choosing this world instead of reality.

At their best, people who are Type 4 possess a heightened sense of beauty in the world, especially in nature. They can also see how they were made beautifully and uniquely different than others, celebrating these differences. In addition, they have fantastic imaginations, are creative and artistic, and can be highly attuned to others' emotions and their own.

They may have a prolonged sense of melancholy when they are in average space, retreating into themselves and wallowing in their feelings. They focus on their understanding of suffering and separate themselves from others due to it. They search for something to fill a perceived void, becoming increasingly despondent when they don't find it.

4's are moody and exaggerated or dramatic about their feelings in an unhealthy space. They can hold grudges and nurse their wounds. They can be short and sarcastic, looking down on anything they deem "ordinary," to the point of being snobbish. They can isolate themselves from others and spend extended periods alone, meditating on their feelings and desires.

Type 4's are sometimes slow to take action because they would rather spend time in their imaginative fantasy worlds than operating in reality.

Have a coworker who might be a Type 4? You can care for that person by:

Those who are a Type 5 on the Enneagram are motivated by the need to gain knowledge. When they were younger, they felt overwhelmed by what was required of them in their family. As a result, they retreated into their minds, where they felt safer.

This often led to them spending long periods alone and away from others, reading, studying, or tinkering with things to figure out how they worked.

At their best, people who are Type 5 are incredibly intelligent. They have a zest for knowledge and an uncanny ability to spend long periods of time focused on one thing. They are objective in how they view the world and situations, and they are complex in their thought patterns. They are often very good at a few specific things and are innovative and inventive.

When they are in average space, Type 5's can spend more time in their heads than they do in the world. They find their minds to be a playground that they feel is safer than spending time engaging people. They can be observers in social situations and very stingy with information about themselves. They can also hoard their time and energy.

In unhealthy space, 5's are cut off from the world, recluse, and socially detached. They focus too long on their interests and neglect their relationships or other healthy space for themselves. As a result, they can appear selfish, miserly, and uncaring.

Type 5's are slow to take action because they would instead observe someone else living in a moment than actually living it themselves. They also prefer thinking to doing and can spend long periods in their minds.

Have a coworker who might be a Type 5? You can care for that person by:

Those who are a Type 9 on the Enneagram need to avoid conflict. They likely grew up in an environment where they were overlooked or assumed to be the child that was "always fine" or had minimal needs. This led to them feeling like they couldn't exert their needs or be different from those around them.

At their best, Type 9's are beautiful peacemakers. They recognize harmony in the world around them and know how to create it wherever they go, especially in groups of people. They are good at identifying who they are and what they need in a way that isn't demanding or aggressive. They are in tune with those around them without pacifying others to avoid conflict.

Type 9's can fade into the background when they are in average space or become people pleasers. They work hard to keep the peace inside themselves and in the world around them, which can lead to them becoming like the people they are with instead of who they indeed are. They can feel like their presence doesn't matter.

In an unhealthy space, 9's can disappear in a crowd, fall entirely asleep to themselves, or exhibit a type of laziness called "sloth" as a means to avoid the conflict of life. They can be scattered and busy without completing essential tasks, and they can appear "spacey" neglectful, or unresponsive.

Type 9's are often very task-oriented but have a hard time prioritizing their tasks. As a result, their inaction can look like simply neglecting to do the things they meant to do while doing many other things instead.

Have a coworker who might be a Type 9? You can care for that person by:

If you felt uncomfortable reading about the 4, 5, or 9, then perhaps that number describes you. Once you identify this, please reach out, and we can dive deeper into the number that might represent you.

Check out Ashley's 1st appearance on The Impact of Leadership Podcast!

Join the Impact of Leadership Community today FOR FREE!

The Enneagram: Learn Your Number (pt. 3)

...these numbers are known for allowing the present to inform them more than the past or the future. They o...

The Enneagram: Learn Your Number (pt. 1)

If you have been told that you have a strong personality, that you get things done, or that ...