Don’t Be Your Own Worst Enemy: 4 Ways to Fight Negative Self-Talk 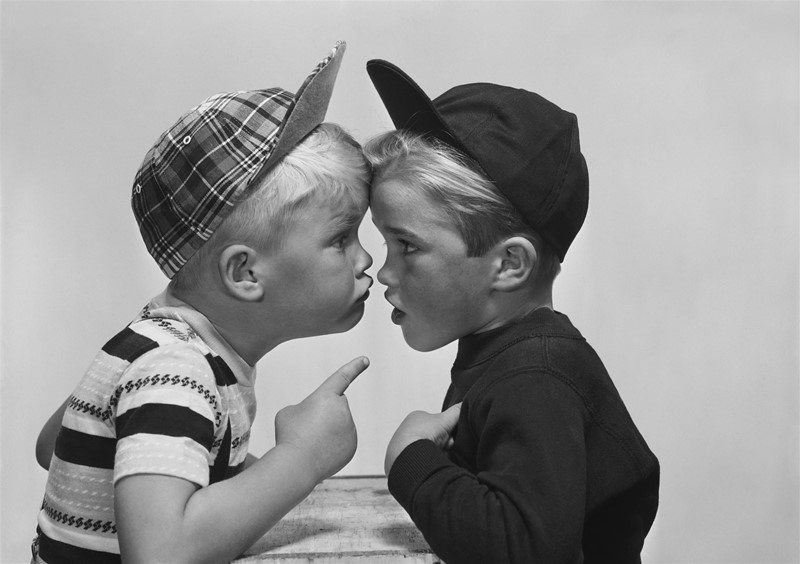 Sometimes, when I snap at my husband, which happens more than I wish, I notice I'm not snapping at him. I see that I'm snapping at myself instead, the critical voice inside my head.

For example, if my husband says something like, "What do you want to do for dinner?" And I reply, "Did you think I was in charge of dinner?" I'm talking to the voice in my head that told me I was at fault for not having pre-planned dinner. My husband isn't the one who said anything about whether I should've planned it.

The more I think about the voice in my head, the more I notice it says all kinds of negative things about my performance, how I look, what I say, and more. I have also realized that I say quite a few things to others—my friends, co-workers, and neighbors—in response to this voice instead of responding to what they say.

This has commonly become known in culture today as "negative self-talk." I call it the inner critic. Either way, it's a good bet that we all have a bit of a critic inside ourselves.

In his book, The 4:8 Principle, Tommy Newberry writes, "Research indicates that the average person thinks approximately fifty thousand thoughts per day. This is either good or bad news because every thought moves you toward your God-given potential or away from it."

Our thoughts are essential. They determine how we act in the world, how we love, how successful we are, and how we show up. So the battle against the inner critic, or negative self-talk, is worthwhile and can shape your entire life.

Here are a few simple ways to start becoming more aware of your inner critic and begin to put it in its place.

Start to think about your thoughts. Kind of meta, right? The next time you're in the car alone, drive in silence and begin to listen to your thoughts. Identify which thoughts are negative about yourself, your performance, or even the world around you. They might say, "You're not good enough for that promotion." Or "You can't do that." Or "You should've said something funnier or smarter." They might even sound like, "you have no control." This is your inner critic.

Once you get good at identifying the critic, you can start to recognize it faster. This helps create separation between you and the negative thoughts that you are having. You might want to name the critical voice to create even greater divergence.

Challenge what the voice is saying

Talk back to the critical voice. You can debunk what the critic is saying and poke holes in its arguments. Why did you receive it if you aren't good enough for that promotion? Did that person you were talking to indicate that what you said wasn't smart enough? No, they didn't. Did your husband say that you should've been the one to plan dinner? No, he didn't. Disagree with the critic, and that voice gets a little quieter.

Replace the negative thoughts with positive ones

Actively choose positive thoughts. This might seem strange at first, like speaking to a child, but the more you do it, the more normal it will seem. You notice the negative thought, talk back to it, then replace it with a positive idea instead. For example, if you tell yourself that you did deserve that promotion, you're going to do the job well.

You also tell yourself that you're intelligent and funny.

You tell yourself that you're good enough.

You can also visualize yourself doing well at the new job that you just received.

Do it over and over. It will take time and practice before you start seeing fundamental transformation in your thoughts and life. It's worth it. If you go a whole day without challenging the critic or even an entire week, don't let that discourage you. Try again. The more you do this, the better you will be at it, and the quieter and quieter the critic becomes.

If you’re looking to take your growth as a leader to the next level, we’ve got you covered. Join the Impact of Leadership Community today!

The Enneagram: What, How & Why

Aside from the valuable benefit of learning about yourself, the Enneagram can also help strengthen your rel...