Prepare For Your Moment In Work & Life 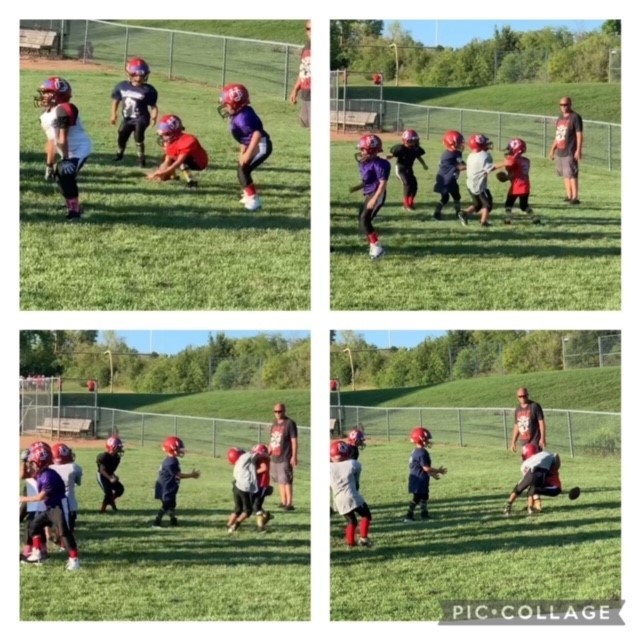 My youngest son was able to play his first year of tackle football last Fall. He loved watching football with me, playing Madden on his game system but this was going to be his first real experience of being tackled. Was I nervous? Yes. Was I excited? Saying I was thrilled would be an understatement! We picked his number to be #16 because he wanted to play quarterback. I went to the University of Tennessee while Peyton Manning played there so it was easy to pick his old number to be my son’s selection. My son’s football team was a mix of first and second graders. My son was one of the smallest players, but the coach did give my son a chance at being quarterback early in practice. I was at every practice but this one stands out because it was the opportunity my son (and me) had been waiting for. The coach told him to take the snap and hand the ball off. I thought to myself “This is perfect! He is going to do this and show he can be a contender for the quarterback position. Next stop, the NFL.” Yeah, that didn’t happen! My son yelled “HIKE!” and the football went rolling on the ground. My son leaned over to pick it up and when he looked up, the defense tackle crushed my son. I thought to myself “Well, if he doesn’t cry now then he is a serious football player.” My son got up slowly with no tears but looked a little stiff. The coach told him to grab the ball if that happens again and run with it. Then the coach said, “Do the play again!” I thought “Oh man! Come on son, you got this!” Once again, my son yelled “HIKE!” and it was a bad snap but this time he picked up the ball and ran to the side. He was tackled almost immediately. The coach blew his whistle and yelled “Water break!” My son came to me and I asked with a nervous voice “How you doing? Did you like playing quarterback?” The answer my son gave me was priceless “Yeah. It was okay. I didn’t know if I should pick up the ball or hand it off, but I got tackled right away.” I replied with “Yeah, I saw that. You did good. Do you want to play quarterback again?” My son took a big drink, smiled while he looked at me and said, “I don’t think Coach will let me play quarterback again.” He ran off and went back to the team. This is a first grader realizing his goal was missed but he was ready to do another role to help the team. I was so proud of my son realizing that there is a place for everyone on the team and he was not going to be the quarterback that season. We practiced everyday for my son to become a wide receiver for a team. Most first and second grade teams don’t throw the ball. In a game close to the end of the season, my son caught a twenty-yard pass. It felt incredible to see my son accomplish the new goal he set for himself. This season, my son is the quarterback, and he is calling all the plays for the team. I am so proud of him for being a team player in both seasons.

What does this have to do with business?

Here are some key takeaways…..

You need to plan what role and goals you want to achieve in your work career. Just like my son, he knew he wanted to be quarterback, so he worked on his throwing accuracy and distance daily. If you want to be a leader, then create your goals for that role to be a reality. Take time to strategize on what you need to do be prepared for the opportunity. Nothing happens by accident or mistake. You have to be willing to work hard with laser focus. Timing is not always going to be on your terms. Be patient and prepare for the moment when you get your opportunity. Keep working towards your business goals by creating a strategic plan. Everything is a wish till you commit 100% to your plan and goals.

Sometimes the plan you create doesn’t happen. What are you going to do now that things have changed? My son wanted to play quarterback but those two bad snaps was not his fault, but it became his problem. He was not trained on what to do in the moment by me or the coach. You are going to face the same situation in work. There will be issues because of others and your boss did not train you for the mess up. It might take you out of your comfort zone and my question to you is “Now what? Are you going to live & learn from this mistake?” Never stop learning on how to improve from bad situations. Your attitude and growth are a choice. Never stop working hard to improve and stay positive.

Be A Team Player

You didn’t get the role you wanted but you are absolutely someone that can help the team be more successful. Stop focusing on the role you are dreaming about and start working hard in the job you have. My son was preparing for his role as wide receiver daily even when the coach rarely threw the ball. He never gave up on thinking he could help the team. He would play catch with the quarterback before and after practice. The coach called the pass play in the game because he knew my son was ready. My son could have quit the team because he didn’t get to be the quarterback, but he didn’t. Take the high road and put hard work into every position. Be ready and prepared for your moment.

Being patient to get the job you want is hard especially if you feel like you aren’t being given the opportunity to show what you can do. This is going to happen in sports and business. Someone else has been on the team longer and you are the new person. My son never gave up on his dream to become quarterback, he just had to be patient. When he found out that I was becoming his coach he thought he would get the quarterback position because he wanted it. I told him “You must earn that role. Work hard every practice and let your skills be seen by your teammates. You will be placed in the role that is best for the team.” My son understood and agreed. In the end, my son was the best player to be quarterback because of his leadership, arm, knowledge, and he earned it.

Conclusion, life, and sports have a lot in common. Think back to your life lessons learned through sports and apply it in business.

Check out the IOL podcast page to browse over 155 leadership interviews!

We've got you covered if you’re looking to take your growth as a leader to the next level. Join the Impact of Leadership Community today!

Today the US recognizes all the hard work those employees and owners do daily to keep our economy moving fo...

Stick To The Facts Not The Feelings

Since I was a little boy, I have often allowed my feelings to be the main driver for my actions. I remember...

Spidey Sense Is Your Superpower

Life teaches you a lot of lessons through successes and failures. It’s all a choice if you learn from...