It’s been several months since I wrote or posted about my 1st and 2nd grade Bronco football team. I’m not proud to say this but I didn’t want to admit that we were 0-7 going into Saturday’s game. I was asked often, “How is the coaching going? Are you having fun?” I would smile and say “Um, it’s going okay. The kids are really learning.” Of course the next question was “How many games have you won?” GULP!!! I would reply with “We haven’t won a game...yet...but we have really improved!” People were nice and encouraged me to keep going. Every week, I would tell myself before the game that it didn’t matter if we won or lost but I was lying to myself. It absolutely mattered!

I wanted the kids to have a moment of joy, satisfaction, thrill, taste of success because they had been putting tons of work in week after week. I saw their potential and new we could do it. We prepared. We showed up with a desire to win. We had talent. So what was stopping us? We needed to work together as a team on offense and defense. That sounds so simple but its not. Neither is managing teams in business and getting them to work together.

I wanted the kids to experience four things…

It was my last game to coach my team and son as we were leaving for vacation this week. The team we were playing was ranked the second-best team in the conference. Their defense had only allowed seventy points all season and we had only scored thirty-one points all season. How in the world could we match up against them? I was talking to my son who is the quarterback and linebacker about the situation. I could see the fear take over his mind, soul and body. I brought him close to him and said “You know why we show up to play?” My son said “I don’t know.” I smiled and said “Because you never know when there might be an upset! It could be our week!” He didn’t seem to believe me but I was not giving up hope. I told the kids before the game to JUST HAVE FUN and TRY THEIR BEST! We will work together as a TEAM and not give up!

The team worked together for the whole game. There was only one big play from the other team that got away to score their only touchdown. The kids did everything I had trained them to do by working together. My son intercepted his first pass and ran through the entire defense. I was running with him and cheering for him to get a touchdown. The other team didn't give up and caught him at their twenty yard line. I didn't care for one second that he didn't score. I ran over to pick my son up and hug him with 100% pure love & joy for his success in life.  It was one of the greatest moments in my life!

How does his apply to business and leadership?

I won’t remember the losses but I will cherish this WIN with my team and sons...FOREVER! 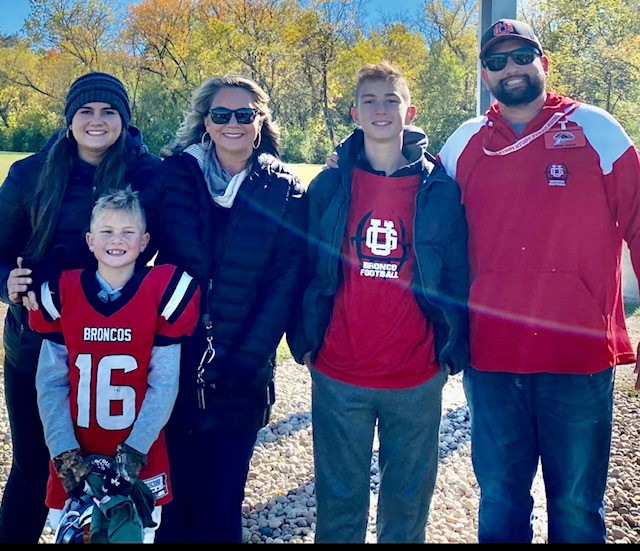 The Impact of Leadership exists to equip, connect and grow leaders while having fun.

Bring us on your podcasts, into your company, and connect with us on social media.

We're rooting for you.